change. But what happens outside the four walls can have a dramatic impact on expectations for how those functions are executed inside. Distribution centers are under constant pressure to be faster, more accurate and more efficient, while at the same time accommodating the fickle demands of the end customer.

Some macro-level supply chain trends are making a dramatic impact on distribution. In the retail channel, consumers have ratcheted up their expectations around doing business with a brand, expecting a seamless experience across channels, high inventory levels and rapid receipt of goods. Those same demands are influencing business-to-business expectations as well.

On the other end of the supply chain, companies are diversifying their sourcing locations—including onshoring and nearshoring manufacturing—and shipping smaller orders more frequently as their ability to sense and respond to demand improves. This is driving network optimization projects to rethink the location, size and function of every supply chain node, including DCs. Distribution-based professional services firm Fortna Inc. (www.fortna.com), for example, is increasingly being engaged to help facilitate a data-driven design process for reevaluating facilities’ people, processes and systems to respond to these changes, and ensure flexibility for future changes, according to David Farmer, group VP at Fortna Inc. All that means distribution centers need help in accommodating these pressures, often enabled by technology.

1. New Services and Service Levels
Retail’s omni-channel trend means warehouses are sometimes being asked to handle both pallets for stores and picking for e-commerce fulfillment, requiring different picking and packing processes. Some retailers are even starting to offer same-day delivery, what Fortna’s Farmer calls the Amazon Effect—ratcheting up pressure even higher on speed and accuracy. The need to increase inventory velocity and lower inventory carrying costs is also driving demand for cross-docking and DC bypass.

Competition to fill the order fast or lose it to someone else also means retailers need to be able to ship from stores. That means two things: software capable of real-time inventory visibility across the network for available-to-promise, and picking/manifesting/packing/shipping technology and processes in store.

Other growing demands include more value-added activities, such as building mixed pallets for specific stores or attaching item-level RFID tags to satisfy retailer mandates, and more. “We’re seeing kitting, gift wrap, white-glove service, stickers and embroidery,” says Jeff Childers, COO and CTO of warehouse management system (WMS) developer Foxfire Technologies (www.foxfiresoftware.com). “You need a WMS that can process that, such as stopping between picking and shipping for value-added services.”

2. Increase Efficiency
Doing more with less is a perennial pressure, but warehouses continue to be tasked with cutting overhead.

Labor is typically the largest cost, so solution providers report a growing interest in labor management functionality, sometimes part of the WMS. Manhattan Associates (www.manh.com) says simply turning on the workforce management functionality built into its WMS to start collecting data spurs a 5 percent productivity lift because workers are aware it’s being collected.  As a warehouse begins to implement performance standards, it triggers another 10 to 15 percent increase, followed by 5 to 10 percent more from the results of conducting and acting on-time and motion studies. All that can drive pay-for-performance programs that lead to even more improvement.

Mark Wheeler, NA director of supply chain solutions, at Motorola Solutions (www.motorolasolutions.com), says the company’s new SB1 Smart Badge is aimed primarily at the store, but “there is some opportunity in the warehouse to get every labor hour captured and categorized,” for operations or worker not using other devices.

Europe is experiencing a marked increase in deployment of automated material-handling equipment to solve its labor challenges. “There is still picking or pick-to-light, but the robot brings the shelf to the picker,” says Ken Campbell, solutions consultant for ScanSource POS and Barcode (www.scansource.com). Integration of WMS with warehouse control systems is a key part of the process.

Solution providers say the growth is less aggressive in the U.S., but more sophisticated operations are starting to embrace it, led by Amazon. “If there are very good operations people behind the scenes they see value in that,” says Kim Wilson, director of business development for MSA (www.msasys.com), a field mobility and warehouse management solution provider. “If it’s a traditional, older company, they still think that they can use labor.”

3. Boost Productivity
Warehouses that have already attained the benefits of moving from paper to RF devices to enhance accuracy and productivity are looking to take additional steps. Some solution providers say improvements in cost and ease of deployment are driving increased interest in voice technologies to take it to the next level.

“We’re seeing voice demand go down market,” says Wynn Polin, co-founder of rugged mobile solution provider Advanced Mobile Group. Systems “used to have a $100k point of entry. Now I can put a customer into voice picking for under $10k. We have a couple of customers using voice and they are very pleased.”

In addition to picking, other processes seeing a significant productivity increase from voice include cycle counting and inspections, says Randy Smith, mobility and AIDC vertical manager at BlueStar (www.bluestarinc.com).

Some warehouses are combining their voice initiatives with wearable RF devices to make interaction with the WMS even more hands-free, for operations such as picking.

4. Consumerization
The proliferation of mobile devices is significantly impacting the cost and ease of use expectations people bring to the devices they use in the warehouse. Solution providers say younger IT techs in particular are seeking to deploy consumer-grade phones and tablets. Many cite a laundry list of reasons against this approach, from hardware and security vulnerability to operating system upgrade cycles to the lack of software on these platforms, but also recognize the tide of sentiment toward consumer devices and operating systems.

Hardware vendors are responding with lighter versions of their rugged industrial terminals, sleds and cases to beef up durability, and opening the door to new operating systems. Even touch may find a role, though Honeywell says it’s long offered it and seen little use. Tablets are being used for floor supervisors and quality control and are appearing on receiving carts and on forklifts, if they’re built to withstand the vibration.

“Software developers want to add new features to differentiate, so manufacturers have to certify new browsers and OSes,” says Doug Brown, vertical marketing manager, Honeywell Scanning and Mobility (www.honeywell.com). “It used to be in the warehouse, people wanted the computer to be virtually locked down, but with some application changes it’s becoming much more dynamic.”

Some developers are also porting their WMS solutions to Android and/or iOS, or at least enabling existing systems to run in a browser. Solution providers may also need to beef up warehouse WiFi for clients insistent on moving to browser-based solutions.

Idhasoft, a supply chain consultancy which among its services sells SAP primarily to SMBs, is hearing from warehouses needing tighter integration with the rest of the business so they can attain that critical real-time visibility, efficiency and optimization of resources. “Usually they have a disjointed WMS, or in some cases no WMS, and they’re looking for SAP to bring discipline to their traffic in the warehouse,” says Philippe de Smedt, president of the SAP practice. More sophisticated operations are looking for more robust functionality and the chance to go paperless, he says.

A surprising number of warehouse operations are still just starting to embrace barcoding, particularly among SMBs. Larger operations, as well as those in certain niche markets, are looking at technologies such as 2D symbologies or RFID to increase the amount of data or make items easier to locate.
Advanced Mobile notes a reluctance among users to make the laser-to-imager shift unless they’re in markets such as pharma where mandates are driving 2D. “I believe manufacturers will force their hands as technology evolved,” says Polin. “Every year the percentage of imagers is growing.”

Motorola is seeing demand for imaging in advanced warehouse automation and for challenging applications, such as scanning through shrink wrap and at extended ranges, such as high slots or in outdoor storage areas.
In retail, item-level RFID has come to the forefront; while most tags are affixed in manufacturing, warehouses must sometimes take on this task. Store-level RFID is a critical element of the cross-channel visibility retailers need now to win customer loyalty. RFID continues to see some adoption at the case and pallet level in some areas, particularly for closed-loop applications, as well as in asset control.

Field mobility and warehouse management solution provider MSA Systems (www.msasys.com), which recently implemented an item-level RFID tracking solution for an Adidas accessory licensee to comply with mandates from Macy’s and jcpenney, anticipates a 10 to 15 percent rise in RFID business over the next year. “People call us daily who want RFID in the warehouse and they haven’t even started barcoding yet,” says MSA’s Wilson. “That’s not
a jump you want to make.” RFID functions well as an overlay to barcodes,
she notes.

Food traceability is another opportunity for RFID. “I don’t think we can underestimate the impact of the horsemeat scandals in Europe;” similar incidents triggered food traceability regulation a few years back, says ScanSource’s Campbell. He envisions chain-of-custody solutions similar to what’s now being implemented in pharma, with more data collection, such as temperature, butcher identity, and so on.

6. Bolster IT/IS Infrastructure
The need to do more with less extends to computing infrastructure. Solution providers report increased interest in virtualization of the servers running WMS, warehouse control and other DC systems to be more resource-efficient and flexible to accommodate spikes in activity.

What they don’t see, though, is significant interest in WMS via a SaaS model. While several WMS developers now offer it, it seems few warehouse operators want to risk potential latency issues, data insecurity and downed Internet to get the cost and software maintenance benefits of the cloud.

But demand is growing for software to manage and monitor the IT infrastructure supporting warehouse operations, according to Manhattan Associates. The developer is offering IT tools that help clone WMS environments so users can rapidly configure new implementations, as well as monitoring tolls to track application performance. They’re particularly popular with SMBs who lack their own tools and resources, says Eric Lamphier, senior director, product management for Manhattan Associates.

7. Increase Security
About 40 percent of warehouses currently run video surveillance systems to deter and investigate theft and help monitor safety, according to BlueStar’s Smith, and about 70 to 80 percent of those are analog. That means they’re missing out on the benefits of IP-based cameras, which have decreased in price and increased in quality. IP cameras can offer higher resolution, work better over wireless and can be accessed from anywhere on the network.
Demand on warehouses to be fast, flexible and frugal has never been greater. Fortunately, todays solution providers can tap a significant array of tools to help warehouse operators attain their objectives and contribute significantly to the success of the businesses they support. 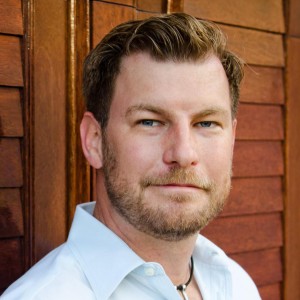